Mumbai: A minor was rescued Tuesday after a four-storey building collapsed here, officials said, adding that at least 40-50 people were still feared trapped in the debris.

The Kesarbai building in Dongri area collapsed at around 11.30 a.m. Locals said at least 12-15 families buried under the rubble were awaiting help. 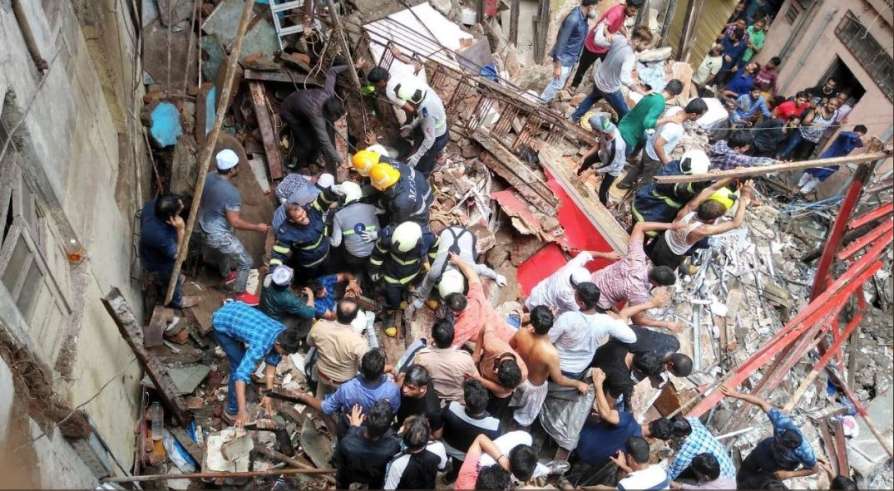 The building, which belongs to the Maharashtra Housing and Area Development Authority, also housed a catering business on the ground floor, they said.The Fire Brigade, police and disaster management teams have rushed to the site and launched rescue operations, while the NDRF was expected to reach there shortly.