Bhubaneswar: The activists of BJP Saturday filed FIR against Jajpur District Superintendent of Police Charan Singh Meena in all the 19 police stations of Jajpur district for influencing the investigation process in the murder of Haridaspur Panchayat Executive Officer Smitarani Biswal and assassinating her character.

Smitarani Biswal was found hanging in a guest house at Baligari under Dharmasala Block of the Jajpur district October 16 last. The police have arrested one Rupesh Bhadra in connection with the incident.

The BJP alleged that she was gang-raped and murdered.

Smitarani’s husband and father alleged that she was murdered.

But the Jajpur SP said Smitarani had affairs with Rupesh Bhadra, the husband of the sarpanch of Haridaspur panchayat, and she committed suicide following a squabble with him.

Alleging that the SP was trying to suppress the case and assassinating the character of deceased woman officer without any inquiry, the BJP Saturday gheraoed all the police stations demanding action against the SP and an impartial inquiry into the case.

The BJP had earlier observed Jajpur bandh October 22 in support of its demand.

Both the BJP and the Congress have demanded CBI inquiry into the case.

The BJP alleged that even 10 days after the incident, the administration and the Police have not taken any stern action in this regard. 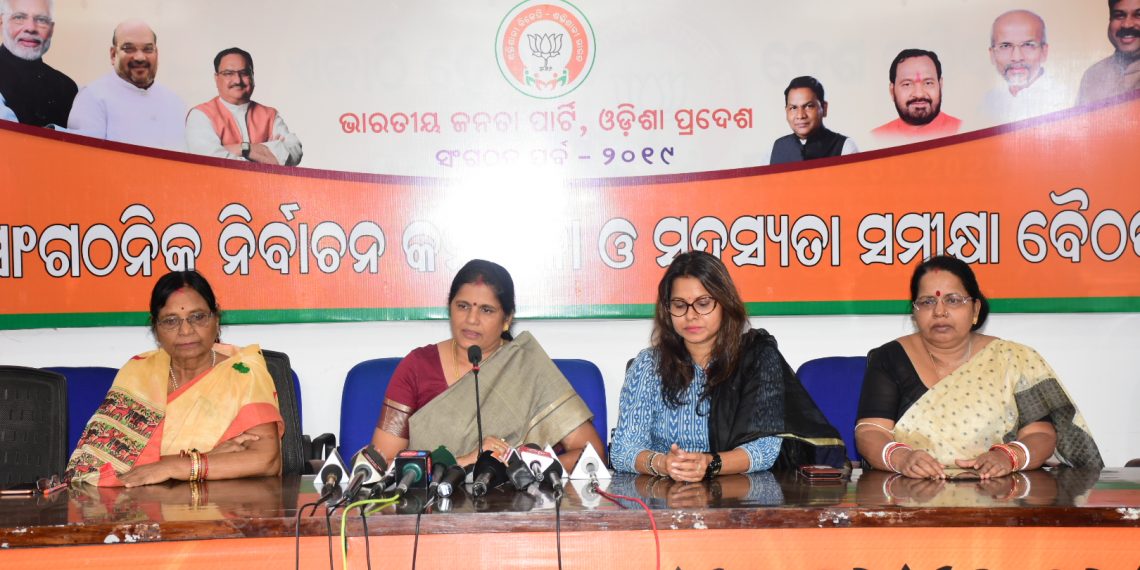 The BJP leader said though the Commission Chairpersons said that she had visited Jajpur, conducted an inquiry and would submit a report to the Chief Minister, actually she has not gone there.

If she had visited then she should give proof of her visit or else tender apology, she demanded.