Ahmedabad,News Today,24th November 2020:  Night curfew in Ahmedabad, which came into force on Monday night, will continue till December 7, city police commissioner Sanjay Srivastava said in a notification. Notably, a 57-hour-long weekend curfew imposed in Ahmedabad ended 6 am. Night curfew has already been in place since November 21 in Rajkot, Vadodara and Surat. Ahmedabad district reported 344 new coronavirus cases during the day, the highest for a district in Gujarat, taking its tally to 47,653, the state health department said. With 13 more deaths, also the highest in the state,  the number of fatalities in the district rose to 1,981. 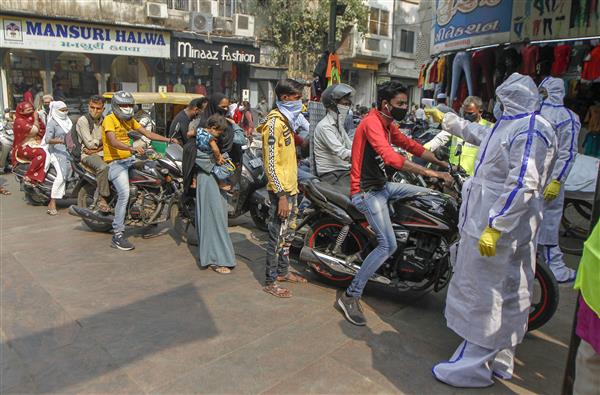 In a bid to stem the spread of coronavirus, the state government had earlier announced to impose a night curfew, starting November 23, between 9 pm and 6 am in Ahmedabad municipal limits. It was also announced that the curfew will remain in force until further orders. Hours before the night curfew came into force in Ahmedabad, police commissioner Sanjay Srivastava issued a notification declaring that the restriction will continue till December 7.

“There will be a curfew between 9 pm and 6 am beginning November 23 till December 7. People must remain indoors during this period. People must not stand at public roads, streets or public places or move around on foot or in vehicles during this period,” the order said. It further said personnel of police, fire and emergency services, homeguards, media outlets, private security agencies have been exempted. Services like distribution of milk and water, doctors, medical personnel, LPG distribution etc have also been excluded from the purview of the night curfew. Meanwhile, as per the revised guidelines issued by the government for the state, not more than 100 people will be allowed to attend a marriage function. The number of people is capped at 50 for a funeral, said a release by the state government.

No function, including wedding or other ceremonies, will be permitted between 9 pm and 6 am in Ahmedabad, Rajkot, Vadodara and Surat.