Bhubaneswar,News Today, 24th November 2020 :Governor of Odisha Prof Ganeshi Lal on Monday appointed new Vice-Chancellors (VCs) to six State-run universities. Prof Sabita Acharya has been appointed as the VC of Utkal University. She is the former chairperson of PG Council of Utkal University and will be the first woman Vice-Chancellor of the premier institution of the State. 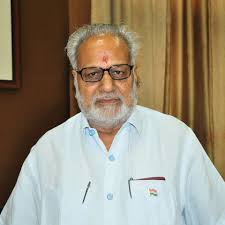 Prof Apajita Chowdhury will take over as the  VC of Rama Devi Women’s University. Similarly, Prof Dinabandhu Sahoo and Prof N Nagaraju will be the new VCs of Fakir Mohan University and Gangadhar Meher University respectively. Prof Kishore Kumar Basa will be the VC of North Odisha University and Prof Prafulla Kumar Mohanty will join as the VC of  Khallikote University. As the tenure of the present heads of the universities ends this month, the Governor despite the demise of the First Lady appointed the new VCs on Monday so that they get at least a week’s time to join their new assignments. The tenure of the new Vice-Chancellors will be for four years as per the new Odisha Universities (Amendment) Ordinance 2020.

Prof Acharya said her four priorities for the Utkal University are student discipline on the campus, strengthening digital infrastructure, improving physical infrastructure and developing the academic structure as per the National Education Policy. “Campus discipline is the biggest area of concern in Utkal University. My first job would be to make the campus free from non-students and ex-students”, she added.

Similarly, Prof Chowdhury, who is a former director of College of Development Council of Berhampur University, said her immediate focus will be providing quality teaching in RD Women’s University which got the university tag in the 2015-16 academic session. Prof Sahoo, a botany professor at the University of Delhi, said he wants to convert the Fakir Mohan University into a model university in the State with focus on research and innovation. “Infrastructure at FM University is an important area that needs development and this will be my priority”, said the botanist who was instrumental in conceptualising and organising India’s first cherry blossom festival at Meghalaya since 2016.

In September, three-member search committees were formed by the Governor – Chancellor of Universities – for selection of VCs for the six universities.