Puri: There is a piece of good news for devotees as they would soon have the opportunity to savour Tanka Torani, a delicious drink, at Anand Bazar on Srimandir premises here. 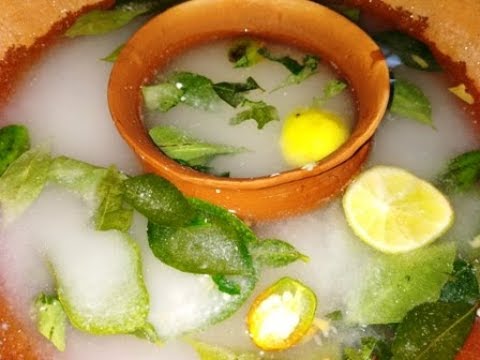 The Shree Jagannath Temple Managing Committee has recently given its approval to a proposal for allowing Suar and Mahasuar servitors of the shrine to sell Tanka Torani at Anand Bazar after a break of two years.

The Shree Jagannath Temple Administration (SJTA) had banned the sale of Tanka Torani September 8, 2017 after receiving complaints on the quality of the drink that usually being prepared by churning curd, rice water, lemon juice, lemon leaves, mango ginger, green chilli and salt.

Many consider Tanka Torani as Lord’s Prasad as servitors usually use Mahaprasad to obtain the rice water.

Managing committee member Ananta Tiadi had moved a proposal for allowing Suar and Mahasuar servitors to resume sale of Tanka Torani at Srimandir, sources said. The panel gave its approval to Tiadi’s proposal at a meeting here Monday.

It is learnt that the managing panel has laid down a set of guidelines for the sale of Tanka Torani at Anand Bazar. The shrine body has made it clear that it would not tolerate any compromise with the quality of Tanka Torani.

“Some outsiders under the guise of servitors often collect money from devotees on the temple premises. They also harass devotees when they refuse to donate money. Issuance of identity cards to servitors would solve the issue,” said a source at Srimandir.